Liao Jie from Eyang: The 5G technology has achieved great results after years of development The homemade MLCC alternatives have been accelerated 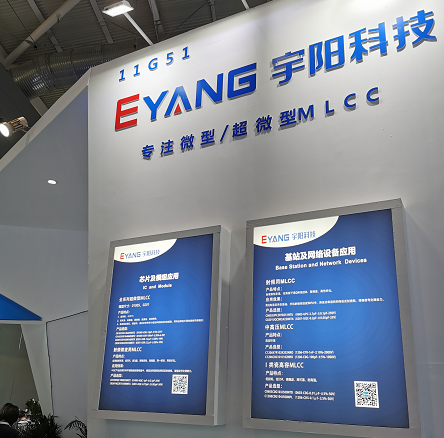 During the exhibition, Liao Jie, General Manager of Eyang, said in the interview with ijiwen.com, “As early as more than 10 years ago, Eyang began to carry out technical reserves in the field of 5G. At present, the comprehensive application layout of MLCC in 5G chip, 5G terminal, 5G system/base station and other fields has been realized.”

Accelerate the layout of the 5G market

In the 5G era, intelligent terminal products need to increase the usage of MLCC either for performance improvement or function expansion. At the same time, the increasing number of MLCC also improves the requirements for the performance of MLCC, promoting the development of MLCC in the direction of high reliability, high specific capacity, miniaturization, high frequency, etc.

Liao Jie believes that intelligent terminal products and components complement each other. 5G drives the development of MLCC, while MLCC also promotes the performance of 5G products. With the increasing requirements of 5G for frequency characteristics, Eyang has launched the second generation of products with high Q value and high frequency on the basis of 3G/4G, which can be applied to 5G mobile phone, smart wearable, built-in chip and other industries.

In addition, Eyang has also developed RF high-power series products for base station and other microwave high-power application scenarios, which have the characteristics of high temperature, high stability, high Q value, etc. Liao Jie said that the 5G base station/system emits a large amount of heat, which requires high stability of the capacitor. In this case, the reliability advantage of high-temperature products will be very obvious, greatly improving the high temperature reliability of the whole equipment.

Liao Jie said, “Eyang’s current advantage is miniaturized products, which are mainly used in the consumer terminal industry, accounting for 80% of the company’s shipments. At present, while maintaining mass production of 0201&01005 products, the company accelerates the layout of 008004 and other products to prepare for the miniaturization of the next generation of consumer products and 5G terminal products.”

As early as more than 10 years ago, Eyang began to make technical reserves for 5G base station/system and other fields. Previously, the high-end market was basically monopolized by global leading enterprises, and there were few opportunities for Chinese manufacturers. After years of layout, Eyang has very mature MLCC products in 5G terminal, 5G chip, 5G base station and other fields. “Now, closely combined with technology, market and capital, the company will enjoy a brand new development.” Liao Jie said.

“In addition to semiconductors, MLCC is subject to the second largest trade deficit among components,” Liao Jie said. From the perspective of market share, the overall sales volume of domestic MLCC accounts for about 6-7% globally, and the sales amount is about 2%. Therefore, there is a huge space for MLCC alternatives. At present, the overall differences at home and abroad are mainly reflected in technology, but for Eyang, the main problem still lies in scale.”

In terms of product development, on the basis of maintaining the advantages of miniaturization technology, Eyang expands the production of large-size products with high capacitance, large-size products with medium and high voltage, while meeting the industrial level and higher reliability requirements, such as 5G base station, vehicle-mounted electronics, etc.

Liao Jie said, “Eyang has been reserving 5G technology for 10 years. It has gone from the sample stage, small and medium-sized trial stage to the large-scale mass production stage. Now the company will turn the R&D achievements into actual productivity, so as to replace MLCC products from Europe, America and Japan with those made of China.”